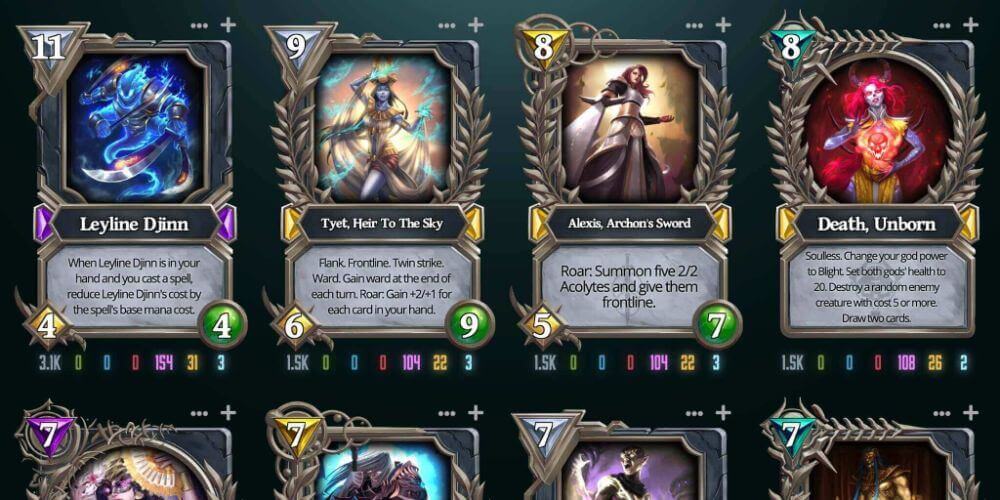 Lessons from a Pioneer in the NFT Game Ecosystem: A Brave New World for Indie Dapp Devs

By Blocknative in blockchain, usability, Case Study, Dapp on October 1, 2019


Blockchain is changing everything. And one of the most concrete examples of that change is the developer ecosystem that has emerged around popular games. For those that have not been in the loop, decentralized games enable third-party developers to build on top of them — without any permission. This is a radical departure from how game companies typically operate, and it opens up a whole new world to game developers.

Now builders can create new experiences on top of popular franchises. And while blockchain-based gaming is in its infancy, we are already starting to see active development. This ranges from Kitty Race, a fun game that enables owners of a CryptoKitty to race their NFT against others,  to OpenSea, a third-party marketplace where people can sell game assets.

We recently sat down with Sebastian Pape from GU.cards — a leading marketplace for Gods Unchained — to learn more about what it is like building tools on top of blockchain-based games.  Read the interview to learn:

Update: The team at GU.Cards is running a Genesis Pack give-away to celebrate their 1-year anniversary. You can participate until October 6th. Read more about it here.

Can you tell us about Gods Unchained and what made you want to build on top of them?

In August of 2018, I became very interested in the crypto space, right around the time that Gods Unchained was announced. I became fascinated by the possibilities of a permissionless game ecosystem. As I began to play with Gods Unchained, I realized that there were a lot of missing features — the company was focused on building the core game.

While the game and it’s interactions — game client and turn decisions — are centralized, other parts of the ecosystem like buying card packs are decentralized via the Ethereum blockchain. Players of the game own their cards as ERC-721 tokens. This means that anyone can build on top of the standard.

So I decided to build a card browser, which quickly caught on. It was exciting to create something that people wanted. I was also thrilled to see how the Gods Unchained team embraced the projects built by their community. Quite recently Chris Clay, the game director for Gods Unchained, said: "...it will be the external sites like gudecks.com and GU.cards and others that help give the everyday person that additional confidence in what we are doing here."

At that moment, I was convinced that the future is in decentralized gaming. It is a clear win-win; franchises get the benefit of third-party applications, and indie devs get to create and monetize products without worrying about a company turning off an API or changing an algorithm and shutting down their business.

If you were to start again today, how would you find a franchise to build on top of?

Before you start building an extension to a blockchain-based game, do your research. Check out Dapp.com and Dapp Radar to find trending games. Explore communities like Reddit (r/BlockchainGame, r/ethdev, etc.). Finally, check out protocols like Loom, Enjin, and Flow.

At that point, you should have a good sense of which games are popular, which ecosystems are gaining traction, and where you want to spend some more time exploring. From there — engage with the game's ecosystem. If the game is out, play it! If the game is not out yet, try getting some NFTs and using tools that have been published. Keep a focus on what the UX is like. Write down any problems you have.

Review those problems, and you should be able to generate several ideas about what to build. Then the key is to think about what problems you could solve and where you can generate revenue (anytime you can get involved in a transaction, there is an opportunity to charge a fee). And now your job is to determine what is the best MVP you can quickly ship.

Can you explain how GU.cards works? Where did you start in building it?

The Dapp that you see today is quite different from what launched a year ago. Today the Dapp lets users browse, explore, and buy cards for Gods Unchained. GU.cards also lets players build decks, discover combos, buy packs, and more. I am focused on creating the easiest layer for people to buy, sell, and trade cards for the Gods Unchained ecosystem.

But when I launched in September of 2018, I focused only on browsing cards. Here is a screenshot of that first version:

After I had the browsing functionality, I started adding various filters to make it easier to use. Within a few weeks, I had extended the functionality to let users browse their inventory and then built functionality to help with deck building.

One of the most exciting features for the community was the multi-pack opener. If you are opening one or two packs, it can be a really fun and exciting process.

But, if you are an engaged player and need to open 20 or 50 packs… well, that process can be pretty monotonous. Which is why I built a pack opener. It  can open any number of packs at once and will highlight your best cards.

Can we dig in a bit to feature prioritization? As a solo dev, how do you decide where to focus?

Shortly after launching GU.cards, I started to be active on Discord and Twitter to get feedback from the community. My users shape the roadmap for GU.cards and are appreciative of my quick turnaround time.

The exchange is a combination of features that solve problems I have personally, along with requests from the community. I have even collaborated with Gods Unchained to release updates in coordination with the game!

You may have noticed the Gods Unchained raffle. In the weeks leading up to it, I worked to make sure that GU.cards could support the raffle. And, after it launched, I heard from multiple players that gas prices were an issue. People buying multiple raffle tickets sometimes paid more in gas fees than they did for the tickets themselves! So I built a mechanism to enable the buyers to purchase raffles from multiple sellers in one consolidated transaction.

And, occasionally, I hear from other builders who want to collaborate with me. That is how I came across Blocknative.

Can you share how you first learned about Blocknative?

Of course! I originally reached out to the team at Blocknative and requested a UX Audit of GU.cards. I was not sure what to expect — but the Audit was really comprehensive. After reading it, I realized that I had a lot of opportunities to improve my Dapp. Every Dapp developer should run through a full Dapp Transaction Usability Audit. It is eye-opening and will help you focus on what really matters to your users.

The first thing I did after getting the audit was work to implement the suggestions to improve mobile styling:

After revising the mobile flows to make the Dapp accessible on mobile phones, I began digging into Blocknative and decided to integrate it. I started with Assist and revised the login flows — making it easier for new players to get on-board and begin trading. 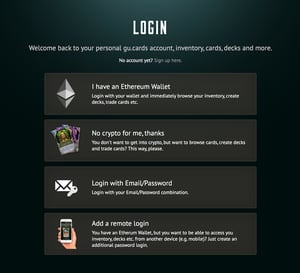 After improving the onboarding experience for GU.cards, I then implemented transaction notifications with Blocknative’s API. Now users of GU.cards get alerts to keep them in the loop as transactions move from pending to complete. I was impressed with how well Blocknative handles edge cases, like transactions that are never confirmed by the user, or transactions that get stuck. 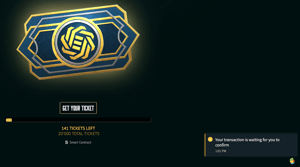 Informed users are engaged users. I am excited to now have more feedback on transactions. The more engaged your user-base becomes, the more transactions they conduct and the more new scenarios you will encounter. That is part of what makes operating in this space so fun and interesting. Deploying Blocknative improved the user experience, but also unlocked some interesting insights about GU.cards.

What has been your biggest learning since implementing Blocknative?

When I deployed Blocknative, I actually created an API per use-case; separating different sections of the Dapp, so I could collect detailed analytics.

It turns out that 30% of users don’t have enough ETH in their wallet when they try to buy or sell Raffle tickets.

I was shocked by that! The raffle was designed to get non-crypto users into the ecosystem… but then they can not really do anything with the tickets until they figure out a crypto on-ramp.

As a developer who has been building in this ecosystem for a year, it is easy to forget that a lot of people are still new to the world of blockchain. This data was a huge reminder that I was leaving nearly one-third of my potential users behind. Now I am working on trying to help users get on-boarded to Web3 and ready to fully transact.

Before we wrap up, do you have any final advice for engineers looking to break into Web3?

Before you start building, make sure to use several Dapps yourself. Understand the problems that users might encounter when playing popular games or using leading DeFi protocols. Once you understand pain points, build a solution.

Also, I think the team behind Crypto Miner World got it right when they said to focus on your community. The community around GU.cards has been incredible — and they help shape the product roadmap every day.

Do you want to build a human friendly Dapp?

Blocknative is the notification framework for Dapps and Wallets. Our API lets you give your users real-time updates on blockchain transactions — boosting confidence, increasing engagement, and improving retention.

Click below to schedule a demo. Or join Blocknative's Discord server to connect with our team.

The Easy Way to Build with Mempool Data